Voice notes: how to create first drafts and capture ideas without friction

Writing might be hard. Imagine riding a bike and getting a good essay idea. If you’re not a Red Bull stunt rider, you have to stop to type it into a note-taking app. That’s irritating, but you did that. Then you got home to start working on the essay. You’re kind of ready to start writing but something is stopping you. It is The Fear of the Blank Page. Thinking of starting new writing from scratch makes you feel anxious. Especially if you’re a perfectionist. That’s where voice notes can help.

With the power of voice notes you can:

That workflow doesn’t include the researching stage for the sake of simplicity. The key idea is that having low-friction note-taking and drafting practices can make the whole process smoother. Eliminating the stagnation phases will therefore increase the overall writing production speed.

Alice is a simple iOS app that allows you to record audio and get its transcribed version via email. It’s primarily made for journalists and might help a lot while making an interview. Alice is fast and easy. Its coolest features, in my opinion, are:

Otter is like a note-taking assistant that can record audio and transcribe it on the fly. The latter is especially handy for Zoom meetings, and there is an integration for that.

Otter is good at working with long audio, such as meeting recordings, first drafts, and, surprisingly, podcasts. When I was preparing the research for the current post, I transcribed a part of Tim Ferriss’s interview with Noah Feldman using Otter. Having a text version of the podcast, I found useful information much faster and copied it to my research document. Here are some of the features I’m excited about:

Yoosh is a student collaboration app that allows you to take voice notes in channels. Making voice notes is a new feature that has just been added to the app. Basically, it works like sending voice messages to your friend chats. While Otter is good for processing long voice notes, Yoosh is handy for making and managing short ones. As a user and developer of Yoosh, I can emphasize the following:

Yoosh doesn’t have an embedded audio-to-text feature yet. Let us know if you think we should add it. For now, we can use Otter as a workaround (download the audio for Yoosh and upload it into Otter to get a transcript).

Now, after we’ve listed some tools for making voice notes, let’s add them to the essay writing workflow I suggested in the beginning.

Surely, there are much more apps for making voice notes and transcribing them. Looking for professional voice recognition software, take a look at Dragon. Or try the free oTranscribe tool if you need something simple. Even Microsoft Word and Google Docs have those features embedded.

Use cases: when to use voice notes

We talked about the benefits of taking voice notes and highlighted some tools. Let’s come up with some solid use cases. Voice notes can be used by:

Making voice notes might significantly increase your writing productivity and make the process more relaxed. So, it’s definitely worth trying. Start simple: draft your next Instagram capture using voice. Then try to draft your next essay the same way.

At Yoosh, we’re trying to make student collaboration easier. We have just added a voice recording feature. Yoosh is a nice place to start with voice notes. Try it and let us know what you think. Discover more features on our home page.

This is some text inside of a div block. 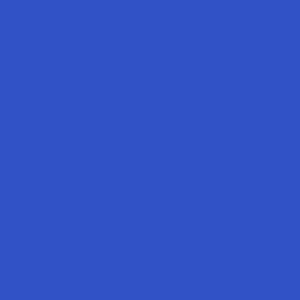